I have the honor and privilege of speaking at the World Trade Organization’s twelfth Ministerial Conference on behalf of Palestine.

On behalf of their Excellencies, President Mahmoud Abbas and Prime Minister Dr. Mohammad Shtayyeh, I’d like to greet your conference support for the Palestinian request for observership at the Ministerial Conference.

Allow me to begin by congratulating Dr. Ngozi Okomgo-Iweala for the designation as Director General of the World Trade Organization, as well as Mr. Timur Suleimenov designated Chairperson of this conference; and I am sure that under his leadership it will be possible to achieve fruitful results

We were pleased to attend this conference since it demonstrates Palestinian commitment to the WTO norms. Despite the fact that we have been fulfilling WTO commitments since they were incorporated in our trade agreements, we are neither a member nor an observer at the WTO.

Nonetheless, the Palestinian government has embarked on ambitious and realistic reform program aimed at improving the business and investment climate, as well as adhering to the principles of an open economy and the rule of law in international trade. In addition to our continued efforts to implement a variety of legislation, such as the most modernized law in the region, the Companies’ Law.

Furthermore, since small, micro, and medium businesses account for 98 percent of the Palestinian economy, the Cabinet has approved a uniform definition of small and micro enterprises, as they are the engine of development. We are currently developing policies and strategies to support this sector, as well as continuing to sign bilateral agreements with regional and global partners to facilitate the access of the Palestinian products.

We are confident that the WTO’s principles and disciplines, as well as our engagement in the global trading system, will serve to bring peace to our region, which Palestine is committed to.

We recognize – and also have real experience with – how trade barriers can be just as damaging to the growth of a society as political or physical barriers.

In fact, the globe has seen a series of crises, including the start of COVID-19 and its terrible social and economic consequences, and we are currently experiencing a crisis brought on by high prices and supply chain disruptions induced by protectionism.

During the health pandemic, we learned that collaboration, information sharing, and vaccine aid for developing and least developed countries will improve our ability to combat the pandemic and all mutations that come from it.

In view of the current crisis, the solution should focus on promote collaboration and the continuance of the flow of commodities and trade between countries, rather than to increase protection and halt exports. Furthermore, ensuring that basic commodities reach developing and least developed countries.

Today, I’m speaking about the devastating effects of the health crisis and high prices on Palestinian society, as well as the Israeli occupation’s barriers, roadblocks, discriminatory measures, and restrictions on the free movement of goods and people, as well as the lack of control over and confiscation of our natural resources. In 2020, the GDP shrank by 11.3 percent, and while growth improved in 2021 to 7.1 percent, yet, the budget deficit is predicted to remain significant in 2022, at 5.1 percent of GDP. Unemployment has risen to 24 percent, with young people accounting for 45 percent of the workforce in Gaza strip, and poverty has approached 60 percent.

Foreign trade, we believe, is a critical component of achieving economic growth in developing countries. As a result, I’m here with you today to underline the WTO’s role in regulating trade ties, as well as all members’ commitment to the organization’s rules.

We believe that Palestine’s integration into the WTO system will support in the development of Palestinian economy in accordance with the multilateral trading system’s principles and spirit.  We’re willing to take on the obligations that come with them, and we’re excited to enjoy the benefits that come with them.

Palestine’s participation in the General Council and its subsidiary bodies is a significant step toward its inclusion into the rules-based global trading system. Initially, Palestine intends to renew its application to join the World Trade Organization as an observer.

Our goal is for Palestine to have a prosperous, dynamic, peaceful, and open economy that is fully integrated into the world economic system. Thank you for your continued support to work together to bring it to fruition. 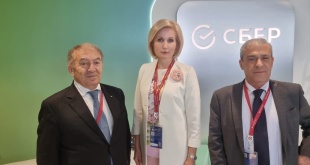 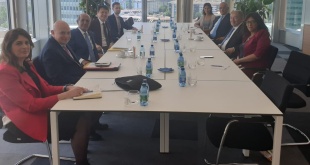