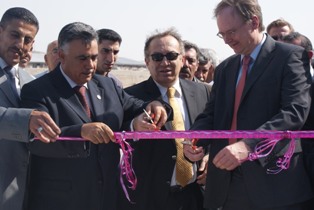 Mayor Osaily took the floor at the beginning of the ceremony. He highlighted the importance of this project implemented by Hebron Municipality and the EU in order to recycle otherwise polluting wash water and to reduce the costs of disposing of it. Mayor Osaily added that the project’s next phase consists in recycling wash water and using it to produce paints, cement and colors. “The plant is a great achievement realized thanks to support from the EU to whom we would like to address our heartfelt thanks for their cooperation and support to Palestinians in general and to Hebron Governorate in particular”, he said.

Mayor Osaily said that Hebron Municipality has sought at every forum and conference to build local, regional and international partnerships and networks in order to organize environment safeguarding operations and to optimize the use of natural resources. As such, the Municpality has given top priority to limiting pollution caused by quarries in the industrial zone and has presented and examined projects relating to the environment and the environmental impact of quarries. As a result, a new very important project came into being today -the recycling plant- to reduce the negative impact of wash water (the liquid resulting from cutting marble/stone materials). If it is not treated, silt-laden wash water contaminates agricultural soil and clogs public sewage networks. Moreover, dust resulting from dried up wash water on lands and roads is a health hazard affecting the industrial zone and negatively impacting children.

Mr. Berger expressed his joy at the inauguration of the plant and at its operation. He affirmed the EU’s support to Palestinians and to providing them with a healthy and safe environment as well as the EU’s support to projects implemented by local Palestinian institutions and by the Palestinian government. He praised the high levels of development at Hebron Municpality which encourage the EU to enter into joint projects with it. Many projects are also jointly implemented in Hebron Governorate and the EU is examining the possibility of providing support to additional projects in various vital fields to improve the daily life of Palestinians. According to Mr. Berger, this project is very important to Hebron and its industrial zone as it will improve the environment and health conditions and provide additional quantities of recycled water for industries in the city. Moreover, this is a pilot project which, if successful, shall be copied by other Palestinian governorates.

At the end of the ceremony, the delegation toured the plant. Mr. Jawad Al Hirbawi, adviser to Hebron Mayor, provided a detailed presentation of work at the plant, future plans, work mechanisms and options, as well as the plant’s economic, environment and health benefits in the industrial zone and in Hebron Governorate in general. 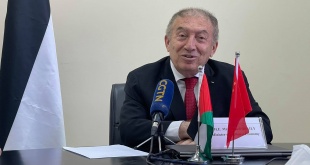 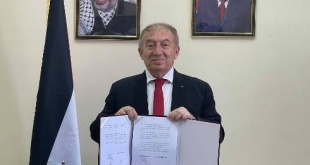 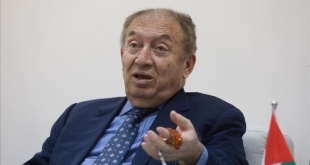 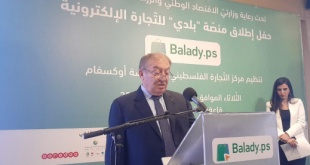 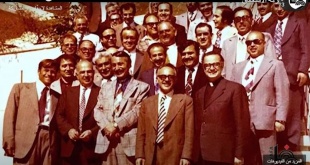 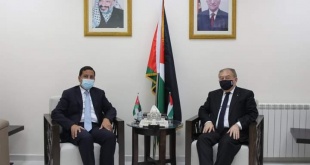