Palestinian Prime Minister Dr. Salam Fayyad said on  the 14th of January that Hebron Municipality is a model to be followed  in Palestine and represents a very rich experience thanks to  achievements in the youth sector 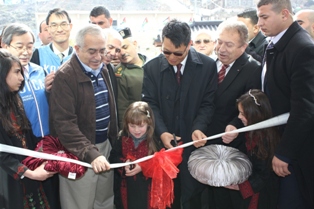 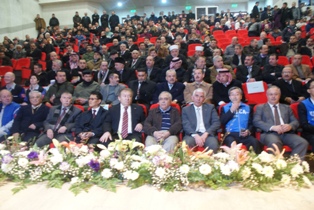 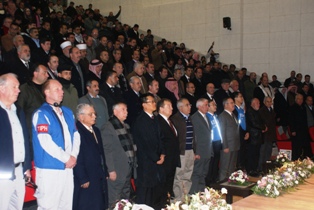 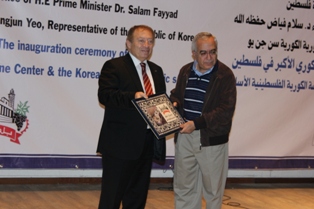 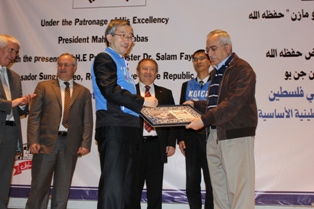 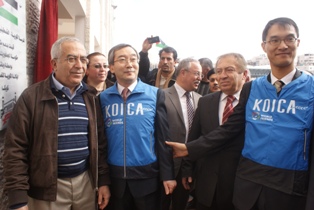 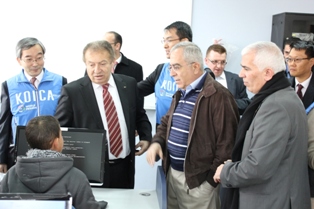 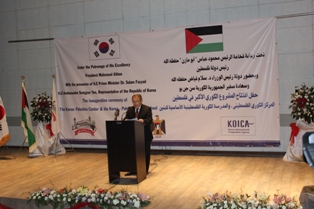 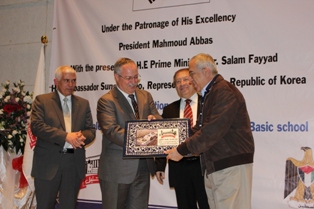 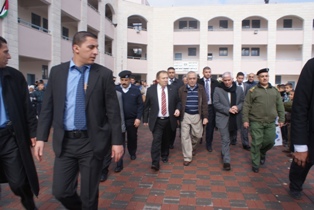 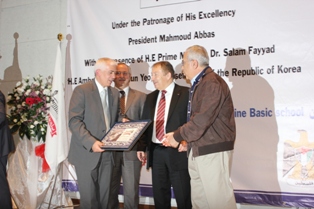 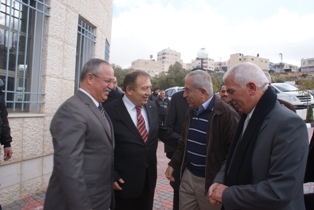 investments in the human capital -which is the key to  development- and efforts to develop the city’s infrastructure,  facilities and enterprises. All this shall help set the basis for the  Palestinian State, he said.

“The Palestinian government did not  receive the support it was promised, which led to a financial crisis  compounded by Israel’s freezing of the Palestinian Authority’s tax  money. Palestinian political decision-making does not hang on financial  support or aid. We are working on embracing self-reliance in our  decision making processes even though it is the International  Community’s duty to provide support and assistance to Palestinians  during these times”, he said.

PM Fayyad called for an end to what  he termed “the disastrous divisions” between the nation’s two parts.  “The Palestinian State shall be built on land occupied in 1967 including  Jerusalem, the eternal capital of Palestinians. Occupation shall end  and freedom shall prevail in each and every neighborhood, street and  refugee camp, as well as in Jerusalem’s old city quarters”, he added.

After  cutting the inauguration ribbon of both the Center and the School, and  following a tour in the two buildings, the inauguration ceremony started  with the Palestinian and Korean National Anthems, followed by a speech  by Hebron Mayor Khaled Osaily. Mr. Osaily expressed his thanks and  appreciation to the Korean Government which provided around 6 million  USD to fund the two projects, while Hebron Municipality provided a  13-dunum piece of land in Nankar on which the projects were built.  “These achievements would not have been possible without the unlimited  support of President Mahmoud Abbas who shares the burdens of  Palestinians and works to end the occupation and build the Palestinian  State. President Abbas has fought on all fronts, without abandoning our  national fundamentals because our cause is a great one for which many  people have sacrificed their lives. I would like to recall here our  martyrs, wounded Palestinians and detainees who gave their lives and  freedom for this cause, mainly our father and late President Yasser  Arafat”, he said.

Speaking about these projects, Osaily added:  “The Center shall be a beacon of knowledge for Palestinians. It shall  help develop the cultural, sports and economic capacities of ambitious  youths. Hebron Municipality has focused on youths, providing them with  the necessary facilities and infrastructure such as stadiums, sports  halls, societal and youth centers”.

Governor Hamid then took the  floor. He thanked Hebron Municipality for its achievements,  adding that  Hebron Governorate is proud of its partnership with the Municipality  which is a model of generosity, building and development as well as a  bright example of a Palestinian ambitious institution working to ensure  development and prosperity. “The southern part of Hebron is no longer  fertile ground for outlaws. Security apparatuses shall continue to find  them, and they shall not seek refuge in Israeli settlements or with the  Israeli army. We are ensuring that residents enjoy the right to security  and safety, which is a right to be enjoyed by all Palestinians”, he  said.

His Excellency the Ambassador of Korea said that this  ceremony underlines the depth of Palestinian-Korean ties. “These  projects ensure development and help invest in the human capital through  education and knowledge. This is how Korea managed to turn from a  country with dire conditions to a prosper and advanced country  comparable to the world’s superpowers”, he said.

At  the end of the ceremony, Mayor Osaily handed PM Fayyad a gift hand-made  in Hebron. He also honored Minister Kawasmi, Governor Hamid, the  Ambassador of Korea, the VP of KOICA and its Country Officer for the  efforts they made to ensure the completion and success of this project. 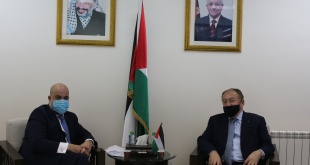 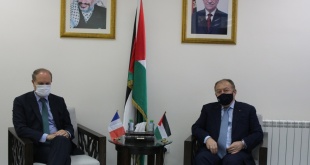 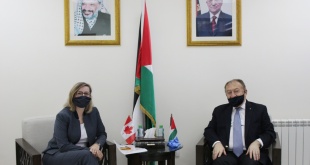 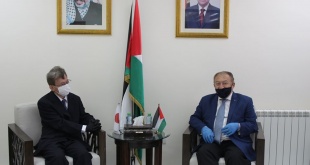 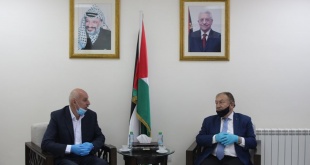