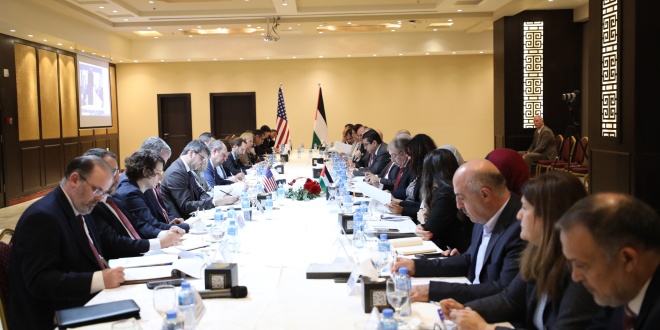 The text of the following statement was released by the Government of the United States of America and the Palestinian Authority: 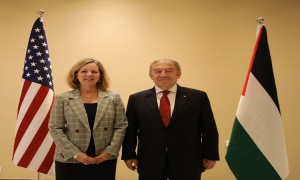 Principal Deputy Assistant Secretary for the Bureau of Economic and Business Affairs at the U.S. Department of State Whitney Baird and Minister of National Economy Khaled Osaily led the fourth U.S.-Palestinian Economic Dialogue (USPED) on November 14 in Ramallah.  A testament to the strong partnership between the U.S. government and the Palestinian Authority (PA), this year’s senior-level dialogue brought together a wide range of agencies and ministries to discuss areas of economic cooperation, including trade, banking and fiscal issues, foreign direct investment, climate change, natural resources, telecommunications, and U.S. assistance to the Palestinian people. Participants recognized that advancing bilateral economic cooperation will support the shared goal of a negotiated two-state solution, and equal measures of security, prosperity, opportunity, and freedom.

Building on the 2021 USPED, this year’s dialogue underscores the shared commitment to realize the full potential of the U.S.-Palestinian bilateral economic relationship.  U.S. Principal Deputy Assistant Secretary for the Bureau of Economic and Business Affairs Whitney Baird echoed President Biden’s sentiments during his visit to the West Bank this past summer.  She said, “Our discussions during today’s dialogue were essential in strengthening economic cooperation between the U.S. government and the PA, supporting Palestinian economic development, and improving the lives of the Palestinian people.”

Minister of National Economy Khaled Osaily stressed the significance of this dialogue and its importance in developing bilateral relations and praised the efforts of the Administration to resume U.S. economic assistance, including through USAID and UNRWA.  The minister pointed out the need to support initiatives to support the Palestinian people and economy, including the implementation of steps announced by President Biden during his July visit. Participation in this year’s economic dialogue included Palestinian Minister of National Economy Khaled Al-Osaily (Palestinian Chair), the Governor of the Palestine Monetary Authority Feras Melhem, Chairman of the Palestinian Energy & Natural Resources Authority Zafer Melhem, in addition to representatives from Ministry of National Economy, Ministry of Finance, Agriculture, Tourism, Information Technology and Communication, Environment Quality Authority, the Investment Promotion and Industrial Estate, Palestinian Standards Institution, and Advisors to the Prime Minister, Estephan Salameh and Shakir Khalil. Both parties agreed to establish a technical committee to convene regularly and develop a work plan for the implementation of programs and interventions which include greening and digitalizing the Palestinian economy, establishing an IT hub, and enhancing access to Area C for investment in renewable energy. 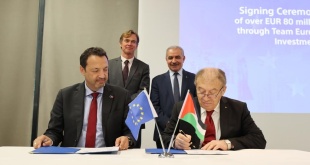 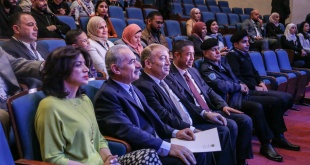 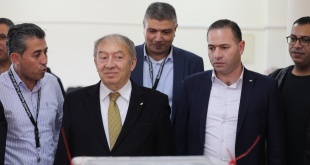 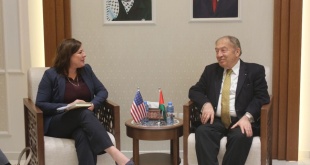 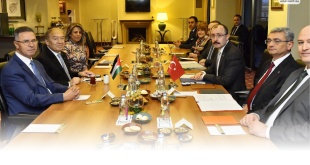 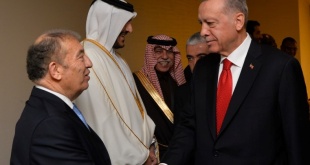