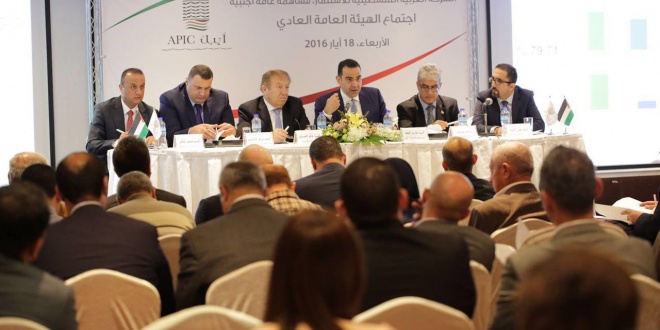 Arab Palestinian Investment Company (APIC) held its annual general assembly meeting on May 18, 2016 in Ramallah. The meeting, which was chaired by APIC’s Chairman and CEO Tarek Aggad, was attended by APIC’s board of directors, the companies’ controller, representatives from Palestine Capital Market Authority and Palestine Exchange, the external auditor of the company, its legal counselor, many of its shareholders as well as media representatives. 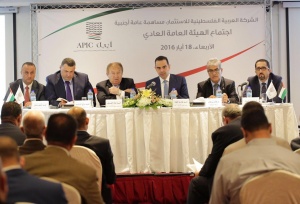 The General Assembly ratified the distribution of USD9 million in dividends, representing 15% of APIC’s paid-up capital: 5% as cash dividends amounting to USD3 million and 10% as six million in bonus shares for registered shareholders as of May 17, 2016.

Aggad stated that APIC’s group achieved total revenues of USD523.6 million in 2015. Net profit after tax reached USD12.41 million, an increase of 9.4% over 2014, of which net profit attributed to APIC’s shareholders amounted to USD7.14 million. He added, “The net profit attributed to APIC’s shareholders is lower than that of 2014 due to the company’s direct losses resulting from the liquidation of its subsidiary, UNIPAL Central and West Africa (UNIPAL-CWA), in 2015 due to the company’s continuous losses since its establishment in 2010, which reflected negatively on APIC’s past consolidated results. As a result of this liquidation, APIC has endured a nonrecurring loss of USD2.2 million; however, this will reflect positively on APIC’s operations and consolidated results and clearly appeared in APIC’s consolidated results by the end of first quarter of 2016. Net profits grew by 15% and net profit attributed to APIC’s shareholders grew by 20% compared to the first quarter of 2015. APIC’s share value on Palestine Exchange shadowed this positive performance, where it is currently trading at USD1.30, a growth of 16% over 2015 closing.”ggad listed APIC’s numerous achievements in 2015, which included the Palestine Exchange (PEX) upgrading the company’s listing from the second to the first market, a move that recognizes its financial and stock performance, although APIC’s share continues to trade at below book value. 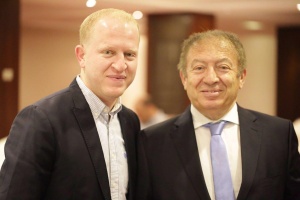 Siniora Food Industries completed a state-of-the-art factory for its new line of frozen meat products in Jordan and also significantly increased the production capacity of its cold cuts products. Additionally, the company has activated its new commercial branch in Dubai to market its products in the UAE and other Gulf markets. Aggad also mentioned that during the first quarter of 2016, Siniora acquired 70% of Diamond Meat Processing Company in UAE in Dubai at a total investment of USD12 million. 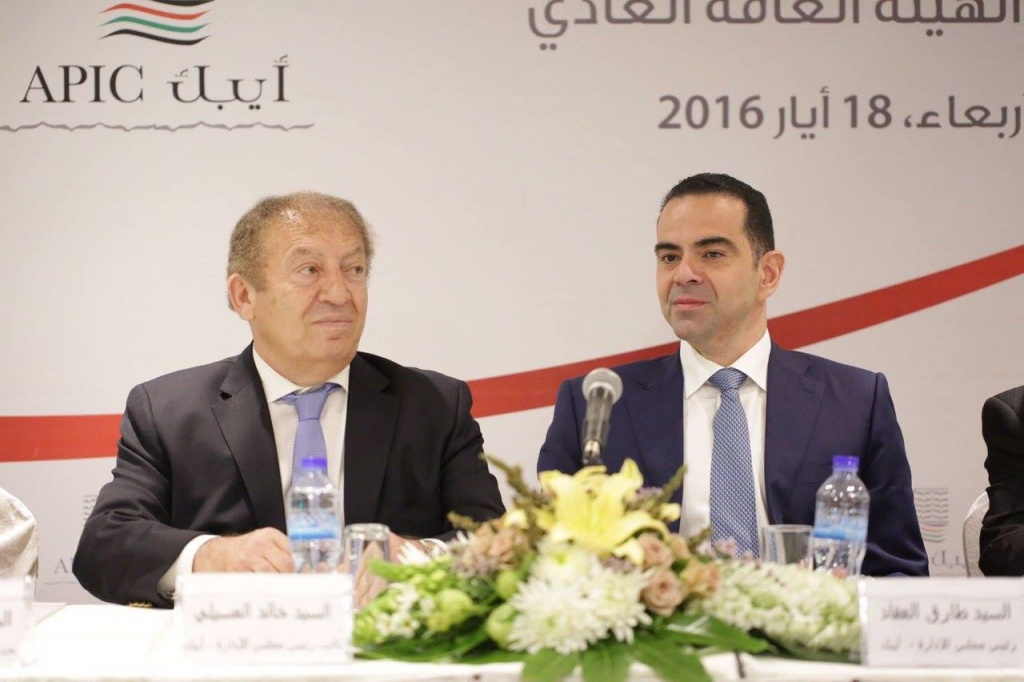 In a bid to capture regional opportunities, National Aluminum and Profiles Company (NAPCO) established a fully-owned subsidiary in Jordan.

Palestine Automobile Company (PAC) inaugurated new Alfa Romeo, Fiat and Fiat Professional showrooms in the Palestinian cities of Ramallah, Bethlehem and Jenin. PAC also invested in increasing the capacity of its service center in Al Bireh for all brands of vehicles from the Fiat Chrysler Automobiles Group. In addition, the company also unveiled the first phase of its state-of-the-art central service center in Ramallah for Hyundai vehicles.

Aggad stressed that APIC´s corporate social responsibilities (CSR) strategy in 2015 remained focused on medium- to long-term partnerships with various institutions working in the fields of education, culture, entrepreneurship, and youth development and children, as well as general humanitarian support. Total CSR investment in 2015 amounted to USD500,000. 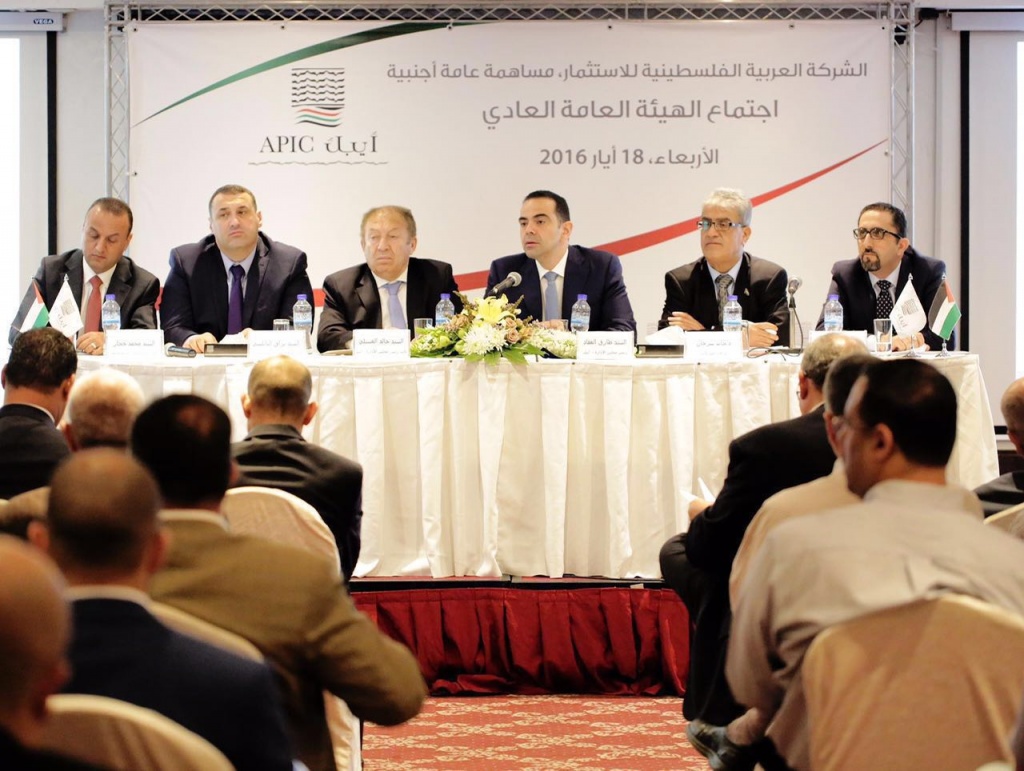 Arab Palestinian Investment Company- APIC was founded in 1994 in the British Virgin Islands and was registered in Palestine in 1996. APIC is an investment holding public shareholding company listed on the Palestine Exchange (PEX: APIC). APIC owns a group of nine subsidiaries operating across manufacturing trade, distribution and services sectors with a presence in Palestine, Jordan, Saudi Arabia, and UAE which include National Aluminum and Profiles Company; Siniora Food Industries Company; Arab Palestinian Shopping Centers; Palestine Automobile Company; Medical Supplies and Services Company; Unipal General Trading Company; Sky Advertising, Public Relations and Event Management Company; Arab Leasing Company and the Arab Palestinian Storage and Cooling Company.  APIC is also one of the main founders of the Palestine Electricity Holding Company, the Palestine Power Generating Company and has a strategic stake in Bank of Palestine. 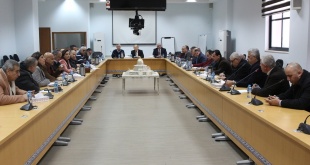 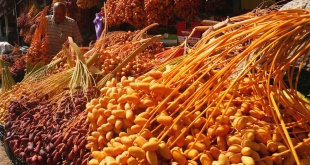 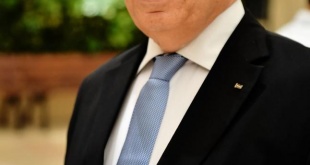 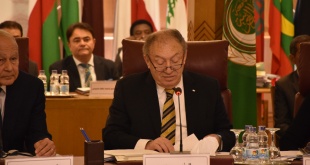 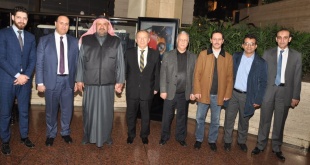 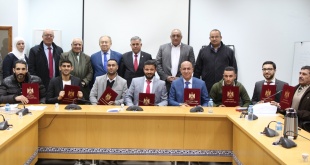